The above short abstract's summary statements are (hopefully) explained, elucidated, and proven in the detailed texts below. Template:Under construction

Google deleted a map with refugee housing centers in Germany. The zoomable refugee google map still can be found in web archive. 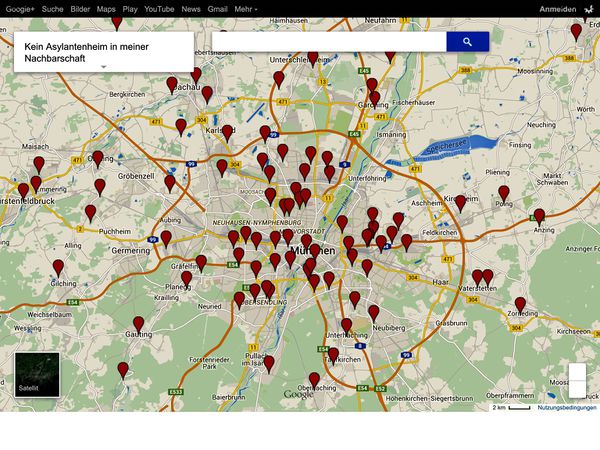 Racists say: The shocking reality of a Germany full of refugee centers to the smallest town might be too shocking for the politically correct to take. Therefore the censorhip, which is very much counter US first amendment concepts. A terrorist who is determined to set a future refugee center ablaze, can locate a center without needing to resort to Google maps. It is likely that his terrorist attack is against a center in his neighborhood, fearing that crime will increase in his neighborhood.

But another version of the map is still up. It shows the same Asylum seeker homes, with no anti-foreigner propaganda, but with a suggestion to look for the homes to help people in distress. [4]. But soon that map was removed, too.

The map was posted by [[2]] [original German text] 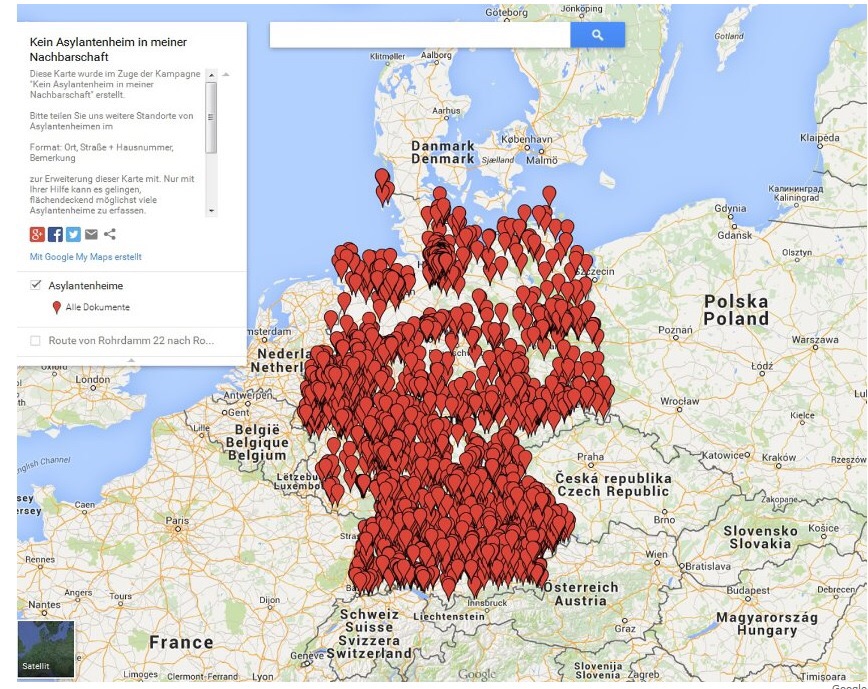 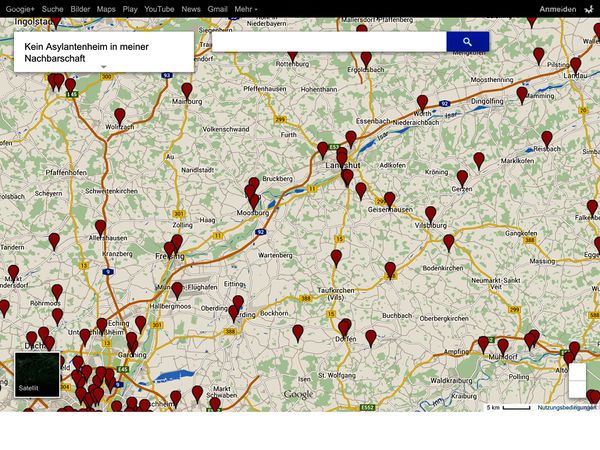 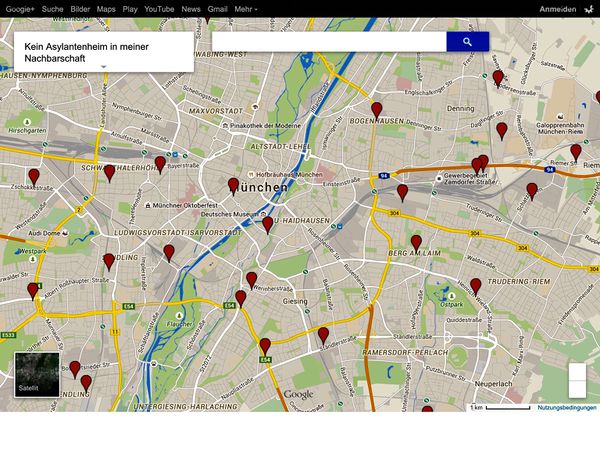 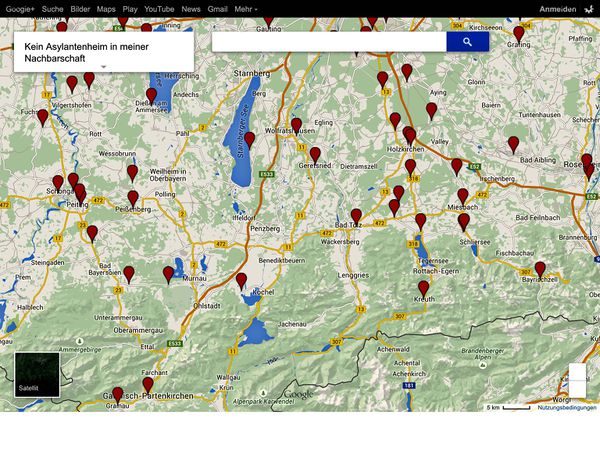 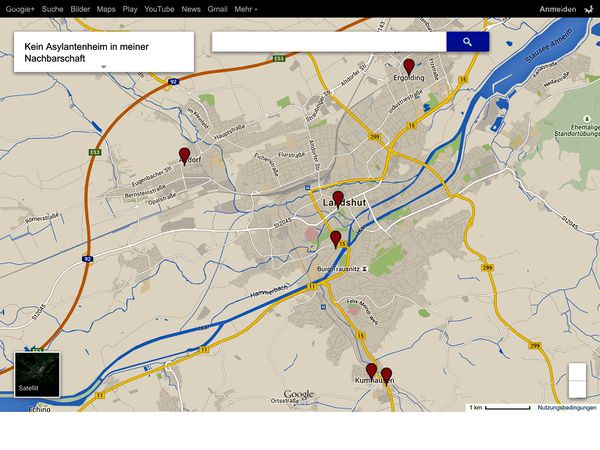 How to use Google maps to spread the truth, avoiding censorship.

#Google's autocomplete function has just had its first day in court. When you type a name, Google search plays word association. But the results are not always to the subject's liking.

But it's not the first time that the search function has come under attack.

Its most prominent "victim" in Germany was Bettina Wulff, the wife of the former president Christian Wulff. When her name was googled, the search engine's autocomplete function would spit out phrases such as "red light district" and "escort."

Bettina Wulff wasn't having any of it. She went to the press and sued Google, claiming infringement of her personal rights.

The country's courts were already dealing with other complaints from companies whose names had been associated with phrases like "rip off" and words like "fraud."

Google managed to fight off each challenge, winning with the argument that its automated process merely reflected the search words used by other people.

It is also unclear how his name was first linked with Scientology. But it is possible that it started with a rumor. If, for instance, a large group of users had typed in the businessman's name along with the term "Scientology," the algorithm driving Google's autocomplete function would have analyzed all the search phrases for similarities and frequency. And if a large enough number of users searched for the exact same combination of words, it would have very quickly led to a crop of misleading suggestions.

Google insists it has no influence over the process.

But the German federal court said Google will now have to keep a closer eye on developments.

In a statement, the US-based company said it was "disappointed and surprised" by the decision.

"We fail to understand the federal court's ruling - that Google should be responsible for the search terms used by its users," said Kay Oberbeck, spokesman for Google Germany. "But it is encouraging to note that the court views autocomplete as reliable and does not expect Google to check every search term in advance."

Such a check of individual terms could have had a major effect on Google's operations, said the Cologne-based media law expert Christian Solmecke.

"Anyone who feels their personal rights have been infringed could demand that Google remove the offending search terms," Solmecke said.

But he said it could be difficult for Google to decide whether any infringements have indeed occurred.

"It would mean a lot of work and would have to be done case-by-case," Solmecke said.

It remains to be seen whether Google is willing to put in the effort. And if it doesn't, it risks future claims for damages.

The ruling leaves Google with two options: It could entirely remove its autocomplete function in Germany, or users could be given the option to remove potentially embarrassing or misleading search suggestions themselves.

A German federal court has told Google to clean up the auto-complete results its search engine suggests.

The court said Google must ensure terms generated by auto-complete are not offensive or defamatory.

The court case was started by an unnamed German businessman who found that Google.de linked him with "scientology" and "fraud".

Google must now remove defamatory word combinations when told about them, said the court.