In Sweden, the press is regularly suppressing and altering pixelated crime photos in which the race of the alleged perpetrator is still discernible. Blurry images of brown and black faces are being digitally bleached in order to make criminals seem less African and Arab.

The left who constantly claims race doesn't matter, doesn't seem to be consistent with their claims when they deliberately blur (pixel) the non-whites photos in the press whilst adding the photoshop effect of bleaching the skin, giving the reader the impression that the alleged Swedish criminal trully is a Swedish man, white male. The opposite of course occours whenever there's white Swedish men who has committed a crime. Then the individual will be overly exposed, name, real, uncensored photoes and it will be written about for days.

In Denmark we call Sweden Absurdistan. Examples of pink-pixelation and skin-colour camuflaging criminals in Sweden: ((copy and post the photo examples)) 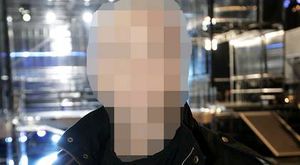 Pink pixelated version of a Black murderer in Sweden 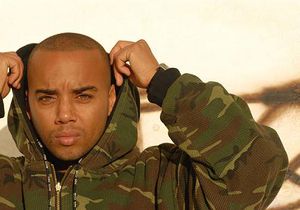 White pixelization (Swedish: vitpixling) is a form of digital pixelization claimed primarily by right-wing groups to be of widespread use in Swedish media. According to this notion, it is common that faces of non-white offenders are digitally lightened before the image is pixelized or blurred in order not to reveal the persons ethnic origin. This is thought of as a kind of censorship with the goal of not revealing relations between Swedish immigration policy and the criminal activities of immigrants.[1] The idea that white pixelization is used by the Swedish media is a well-spread notion in Swedish far right communities and papers, as well as web sites such as Metapedia.[2]

There is a special kind of madness abroad in Sweden, even more so than in Norway. The news report below is one of the best illustrations of Swedish lunacy I have ever seen.

Just think of it — the producers of the equivalent of “Sweden’s Most Wanted” not only pixelate the face of the wanted perpetrator, but they also disguise the enricher’s race by turning up the beige on his blurry face. Viewers are then supposed to use the video images to help police find the criminal.

To make matters worse, you’ll notice that the faces of law-abiding Caucasian Swedes are left untouched. That is, only the faces of wanted criminals are anonymized. Everyone else is there for all to see — “Hey! There’s Sven and Ingrid!”